The Saddest of Goodbyes

But she also cared for her students (being a teacher by profession); her community (as a founding member of a powerful 1970s pressure group who fought for better social housing); her many, many friends (resulting in her being fondly referred to as 'Mummychook', due to her 'mother hen' tendencies); and, of course, the literally endless stream of abused and abandoned lurchers we have in this country - hence her starting her own rescue in 2007.

Don’t get us wrong, our Jenny wasn’t perfect.  At just a smidge under 5’ 2” she was little, but fierce, and she was often known to be argumentative, stubborn and a stickler for procedure, no matter how inconvenient.  But it was surely these character traits, along with her enormous heart and seemingly endless energy that helped her make Southern Lurcher Rescue such a success and, ultimately, enabled her to rescue and rehome 717 dogs in a little over 10 years.
Southern Lurcher was about more than just dogs though.  It was about people too.

From the outset, Jenny had a vision of creating an active lurcher community.  Not just to help rehome more hounds, but also to share advice, provide support and foster friendships.  To help further her vision, she started to arrange regular social walks for lurcher owners in and around Harlow, and within a few months Southern Lurcher had a solid foundation of devoted ‘members’ from across Essex, Suffolk and Hertfordshire.

​However, it was a chance encounter with another family of sighthound 'slaves' whilst on holiday in Hampshire that really helped SLR to reach new heights.  Introductions were made, dogs were fussed over, contact details were exchanged, friends were informed, and before long SLR had just as many (if not more!) followers in Hampshire than ‘back home’ in Essex.

Within a few months, there were regular social walks happening in and around Hampshire and Dorset, and friendships soon started to blossom amongst the rapidly growing Southern Lurcher supporters, many of whom became daily users of the original SLR forum.  But, for all the fun that was had on the forum, 'virtual' friendships can only go so far, and so Jenny hit on the idea of an annual 'fun day' to bring everybody together in the flesh. ... And the rest, as they say, is history. 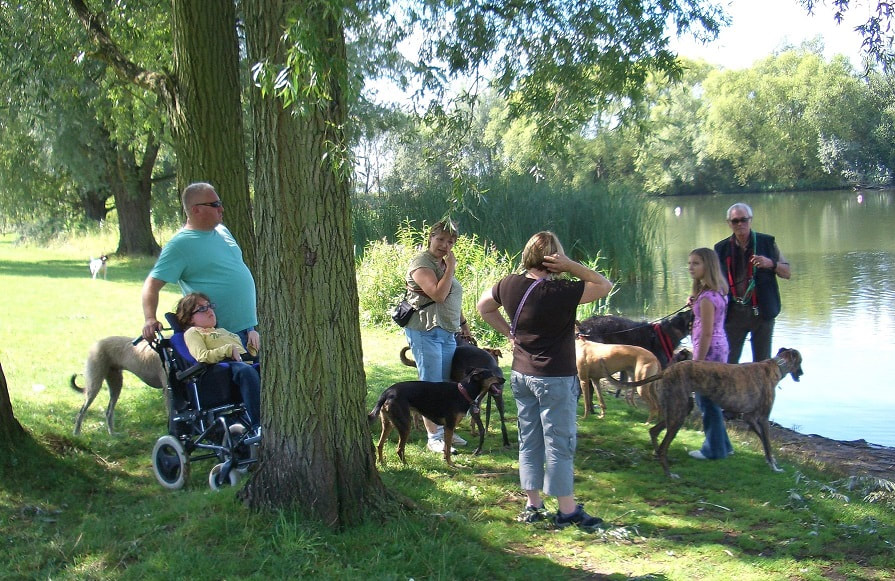 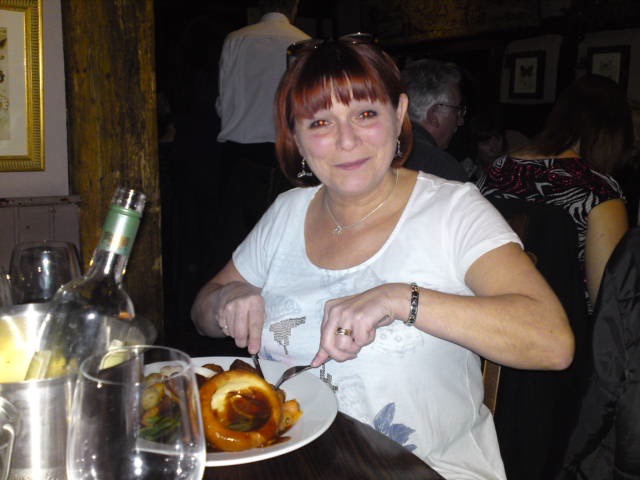 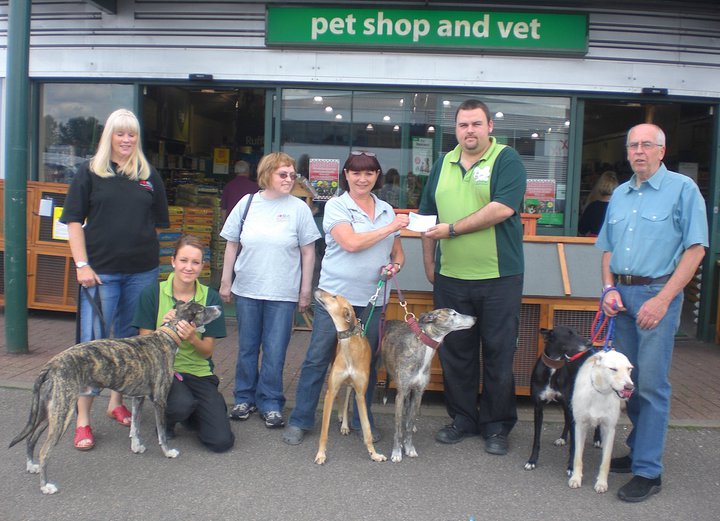 (Click images to enlarge and see captions)
Ask any of the 'die hard' Southern Lurcher Rescue fans what SLR means to them and they will undoubtedly mention friendship. Lifelong bonds were developed between various groups of forum members, regardless of their geographical location, and many grew to count Jenny amongst their dearest friends.

This was made especially apparent by the huge outpouring of support for Jenny when she was diagnosed with a grade 4 brain tumour in August 2018.  She was inundated with letters, cards and happy hound photos, and some even went so far as to visit her in hospital - with their dogs in tow!  (Big thanks to the staff of Stevenage's Lister Hospital for making her four-legged friends so welcome.)

For Jenny, this was an enormous source of comfort and often brought a smile to her face on a difficult day.  Not just the fact that so many individuals cared for her, but also that she could clearly see how many people, all of whom had initially met through SLR, genuinely care for each other.  This was reinforced for her nearest and dearest about 8 weeks before her death, when her family and 7 of her closest friends were all gathered round her hospital bed.  Chatting and reminiscing amongst themselves as Jenny was seemingly asleep, they were startled when she suddenly opened her eyes, smiled & commanded, "You've all got to stay friends".

​What was there to say except, "Yes, Jenny!"?
But, "what happens now that Jenny has gone?", you may be wondering.

Well, from Jenny's family's point of view, there are still things they need to organise.  (Hence us delaying this announcement so long.)  Jenny's final wish was for her body to be donated to medical science, in the hope that she might be able to contribute to a cure for brain cancer.  This means that there are currently no plans for a traditional funeral, but the family are hoping to hold a memorial day in Jenny's honour.  We will of course announce the details here on the website, as well as on our forum and Facebook pages, once things are finalised, but please bear in mind that it may not happen until next year now.  In the meantime they have requested that we do not send flowers.  They are in the process of deciding which charity/charities people can send donations to if they so choose.  Again, we will update our various media pages once we have further information.

From the Charity's point of view, the current Southern Lurcher Lifeline Committee are keen to carry on helping hounds for as long as possible.  Jenny's husband Michael has now joined us a Trustee and we are hopeful that, together, we can renew our fundraising efforts next Spring.

But right now, we need some time.  Time to take stock.  Time to recharge our batteries.  And time to remember the precious friend who made so much of a difference to so many.  Thank you Jenny Symmons, you were truly one in a million. x
Please Note: